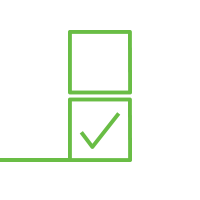 CSS or “Cascading Style Sheets” is a style sheet language used for describing the look and formatting of a document written in a markup language. Its most common application is to style web pages written in HTML and XHTML, but the language can also be applied to any kind of XML document.
It falls under the jurisdiction of the World Wide Web Consortium (W3C), which is one of the many international standards organizations that keep things in check on the Internet.  CSS introduced web developers to the concept of creating a consistent approach to how pages were styled, which HTML alone wasn’t able to do. CSS3 was first published in 1999 and builds upon the foundation of the first two CSS generations, dividing features set into separate documents known as modules. Each module can add its own functionality while maintaining backwards compatibility with CSS2. In layman’s terms, CSS3 is the presentation layer of a Web page that leads the charge for all of the other technologies buried within. In essence, it is the presentation layer design element.
CSS3 is becoming increasingly popular because of how easy it is to make changes. Plus, it offers more flexibility in presenting website content. Menus can be pretty typical on Web pages, but CSS3 creates menus that make it easier to see what a page looks like before the user fully loads it, thus saving time for the person searching for information. CSS3 also includes options for easier font styling, multiple backgrounds, images as borders, and produces rounded corners and drop shadows without having to use images to create the effect. CSS offers better-looking, cleaner Web pages that download faster than ever before.
Difference of CSS to HTML?

The language HTML was only used to add structure to text. Web developers could mark text by stating “this is a headline” or “this is a paragraph” using HTML tags such as <h1> and <p>.
As the Web gained popularity, designers started looking for possibilities to add layout to online documents. To meet this demand, the browser producers, at that time Netscape and Microsoft, invented new HTML tags such as for example <font> which differed from the original HTML tags by defining layout  and not structure.
This also led to a situation where original structure tags such as <table> were increasingly being misused to layout pages instead of adding structure to text. Many new layout tags such as <blink> were only supported by one type of browser. “You need browser X to view this page” became a common disclaimer on web sites.
CSS was invented to remedy this situation by providing web designers with sophisticated layout opportunities supported by all browsers. At the same time, separation of the presentation style of documents from the content of documents, makes site maintenance a lot easier.